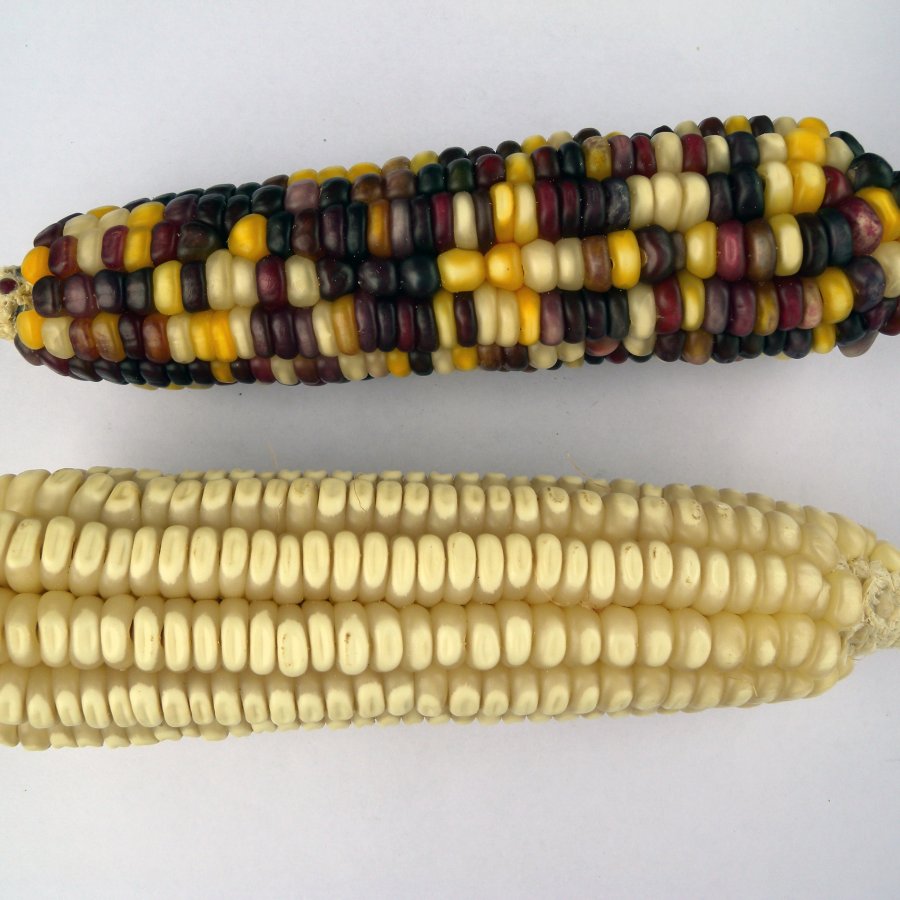 Maize, of which sweetcorn is just one variety, was first cultivated 10,000 years ago in Central America. Maize used in Zimbabwean and Afro-Caribbean cuisine is a white-coloured, hard-textured grain, which is made into flour and cooked as a porridge. This maize is not sweet, and quite starchy tasting. It needs a longer growing season, so should be started into growth by early April. You will need somewhere to keep it growing frost-free until May or June when it can be planted out as ordinary sweetcorn but at rather wider spacing, as the plants are slightly larger. Harvest is late, often into October. 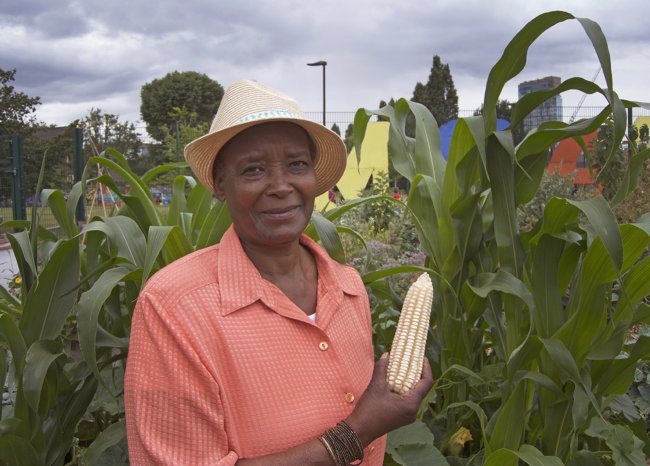 I’m Basilia Gondo, from Zimbabwe. A mother of five girls and six grandchildren. I am 72 years old. Married. We grow our own food because it’s got the taste we want, the taste which we...
More

Where the seeds came from?
A friend brought this corn from Zimbabwe. She had about three cobs and she dried them and she gave to others. But now what we have noticed is that the corn is not the same as our Zimbabwe corn which has big white seeds. These are a bit smaller and a bit yellowish. So now we are growing that one because it’s good here. It came to be a different corn but the taste is still the same, it’s not like sweetcorn.

How to grow
When there was a little shoot we put them in pots with manure, and when they were about two or three inches, with two leaves, then we brought them to the farm to plant. Half we planted first in a pot, and the others we just put a hole in the soil, and we put two seeds in there. After two, three weeks they were out.