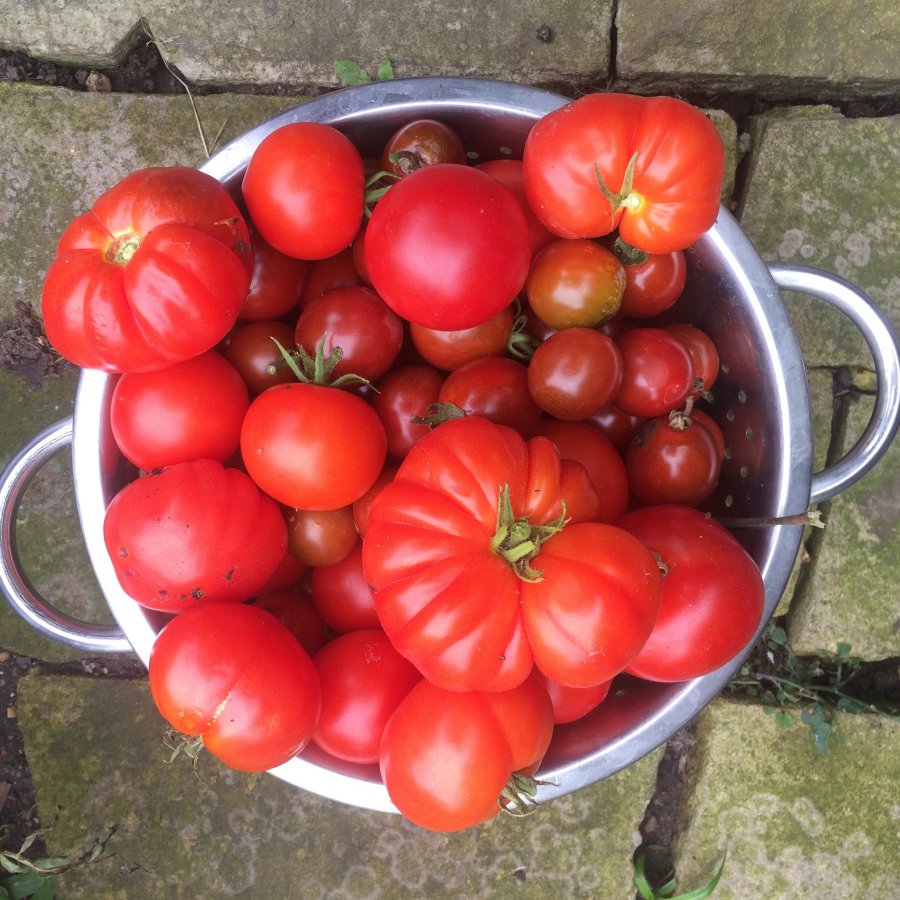 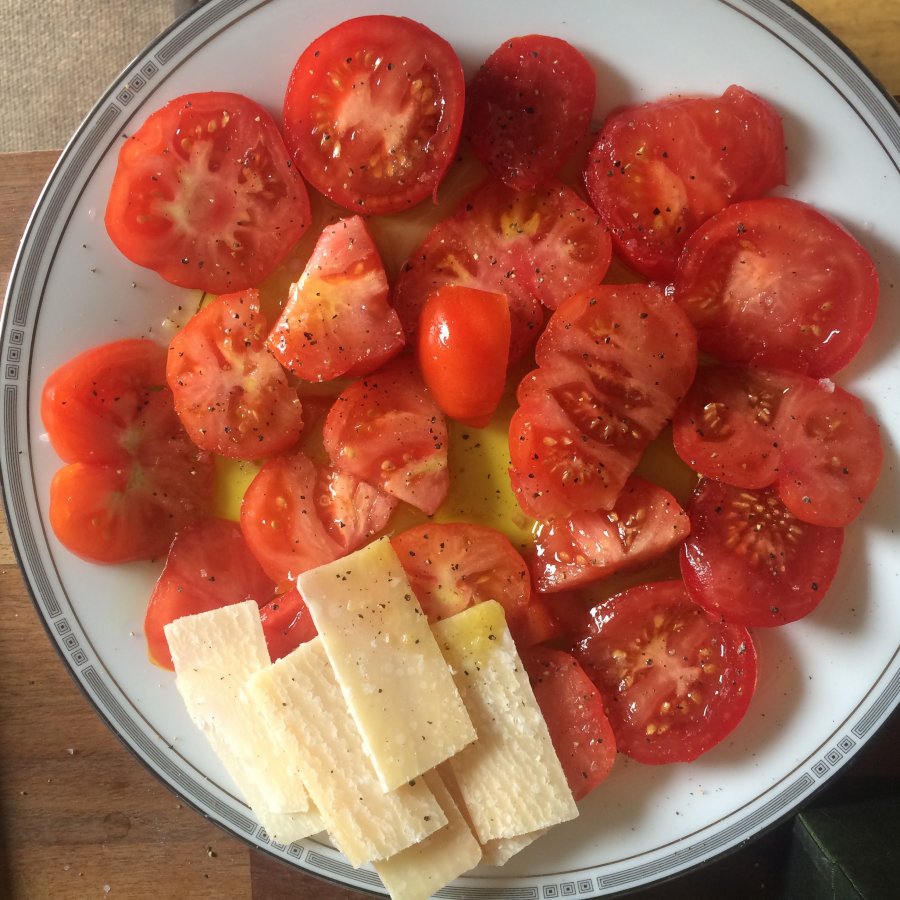 Tomatoes belong to the nightshade family, and originate from Central and South America. They are easy to grow from seed, and can be grown in any size garden providing they are in a warm, sheltered spot. Sow indoors form February – April. To ensure all its energy goes into producing fruit, snap off the shoots that grow in leaf joints. Water plants daily. When the plant starts to flower, give it some fertiliser every week to ensure the best fruit. 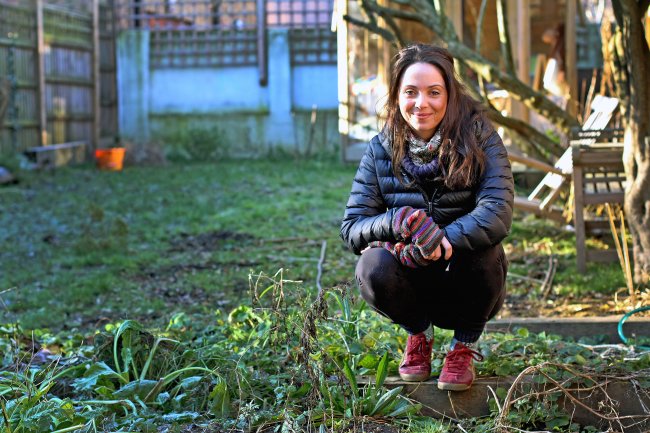 I am lucky enough to have a lovely, decent sized garden with a big veg patch and lots of sunshine. I have very little experience gardening. I moved house so now I have this garden....
More

Where the seeds came from
These are dark cherry tomatoes. The seeds were given to me by a friend last year.

How to grow
I planted the seeds in March in a small pot just slightly underneath a bit of soil. Then I put them in my little shed in the garden with big glass windows. Although it’s still cold outside at that time of year, it’s a bit like a greenhouse. After a couple of weeks they started to grow. Then I took the little seedlings, potted them individually, and then left them in there again. I’d water them every day or every second day. When they were about 6 inches tall I put them in a bigger pot until they were 20cm tall, and then I planted them out. I chose the sunniest, warmest spot of the garden and planted each one with 30cm between each plant. So they were in the raised bed with new compost and soil that had been mixed and left to rest for 6 weeks or so.

Every so often I’d pick the sprouting bits that come between each stalk. They all grew very well. After a few weeks I put bamboo, loosely tied a bit of string, to make sure they were growing up straight and had support. And about 3 months later you could see little hairs and you could smell the tomatoes. Then in August there were hundreds of tomatoes. We went away on holiday for 2 weeks and when we came back they were all red and ready to eat.

Recipe
They were delicious. They tasted so good that you could eat them all on their own. A little bit of olive oil, a little bit of salt and occasionally I’d cook them. Some of them were still green when they fell off, and those ones I’d cook up and sometimes eat with feta or rice. When you grow your own things it’s nice to eat the food in a very simple way.

How to save seed
I cut the tomatoes in half and took the seeds out so that I could still eat the rest of the tomato. I soaked the seeds for a couple of hours, then put them in a strainer under the water, washed off the outer bits of tomato and then spread them out on a tissue and left them out in the sunshine to dry.