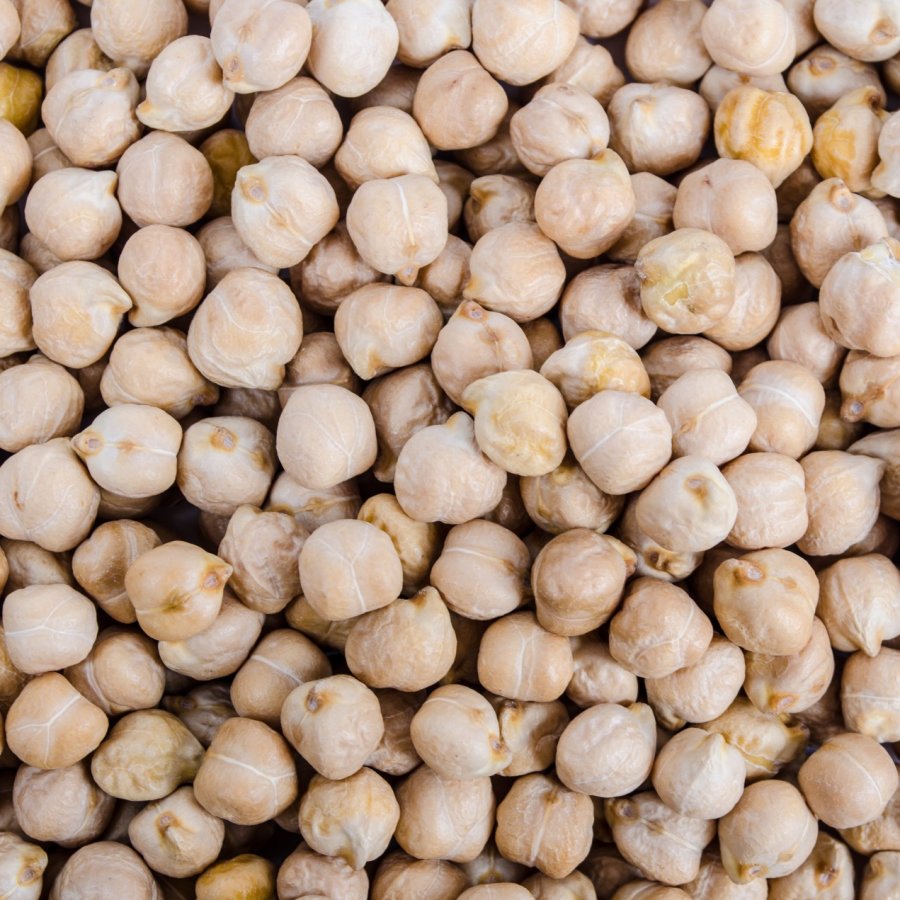 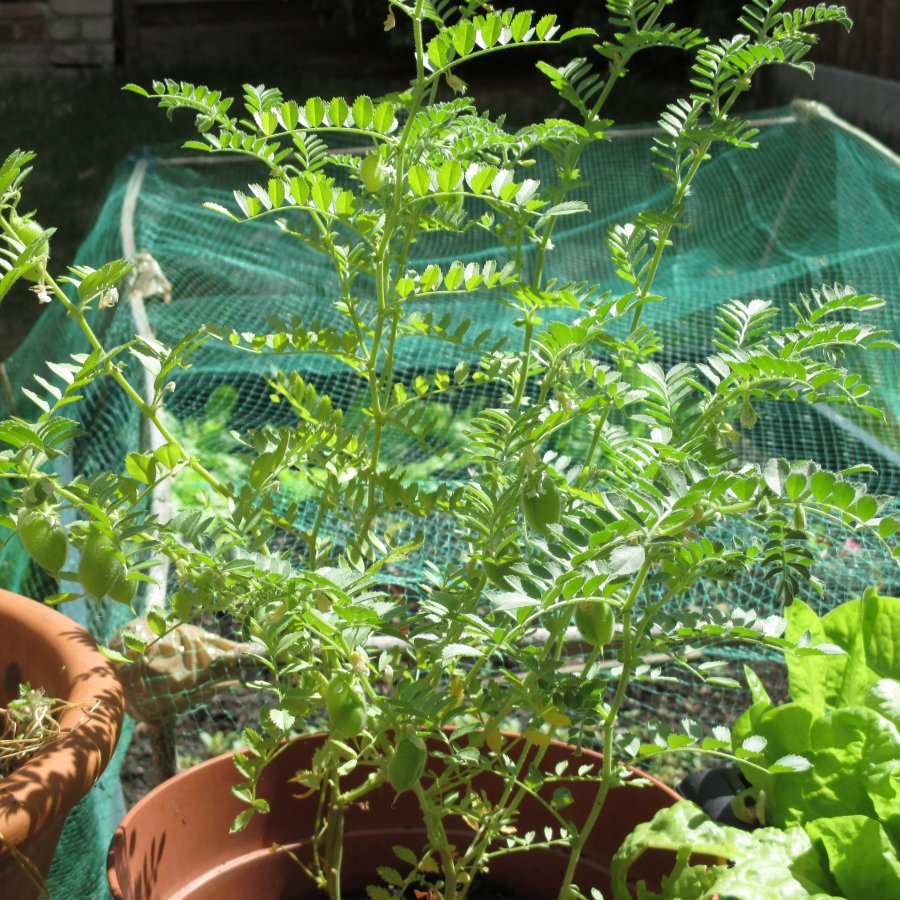 Chickpeas are a new crop to the UK although they have been cultivated for centuries in Asia and the Mediterranean. They are small leaved annual legumes, growing about knee-high, with great drought resistance and freedom from most pests. Plants are not fully hardy although capable of withstanding light frost. With attractive grey-green foliage and the capacity to fix nitrogen, chickpeas show great promise in the warmer and drier parts of the country for a long season of production, with low demands for water or nutrients and little effort needed to grow them.

Depending on site, chickpeas can be sown direct from late March to early April and if required successionally throughout the season until mid June. Many people growing chickpeas plant seeds sold for sprouting, as these will be fresh enough to germinate readily: they are also unlikely to have been treated with pesticides. Although in hotter climates they are grown for the familiar dried pea-like seeds, in our damper climate they are best harvested green as a luxury crop, like petit pois, with a taste somewhere in between fresh raw French beans and garden peas. 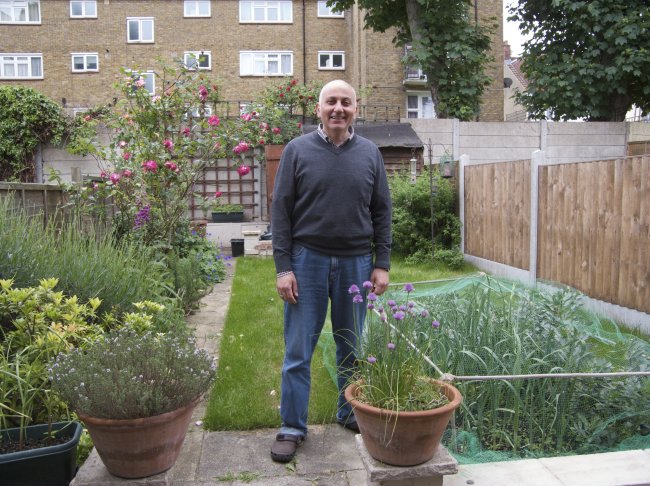 My name is Ahmet. I’m originally from Turkey. I’m using my back garden for this project. It’s a small garden. Actually there is only one raised bed and some containers. I grow my own food...
More

Where the seeds came from
I got seeds from two different seed companies.

How to grow
I started indoors, in April or early May, in these root trainers, and I just sowed them in each section. I put the water at the bottom of the trainers and left them indoors. When they germinated and the seedlings grew, I transplanted them outside. Two or three plants germinated.

Tips and challenges
In some places they say it’s not a fussy plant, don’t worry about the soil condition, just sow them. But in other places they say the roots are very fragile, be careful, and that sort of thing. Some places advise using root trainers in order not to disturb the roots. Which I did. But it didn’t work actually. I sowed more than sixty seeds and only two plants came up. I collected only around nine or ten seeds. This is a failure for this crop. But I would like to try again.

How to save seeds
I just waited for them to dry on the plant. Then when I saw that they were dry enough I collected them. It’s very easy to collect seeds.

Recipe
My intention was to eat them fresh, without cooking. I ate a few green pods. But that’s it. It wasn’t like when I was a child. We would buy a big bunch, and you just ate them like that, and there were plenty. When we cook dried chickpeas we generally boil them. We use them in salads, or we cook them as a separate dish, with some onions and tomato and tomato paste and chili, and then eat with rice or bulgur wheat.